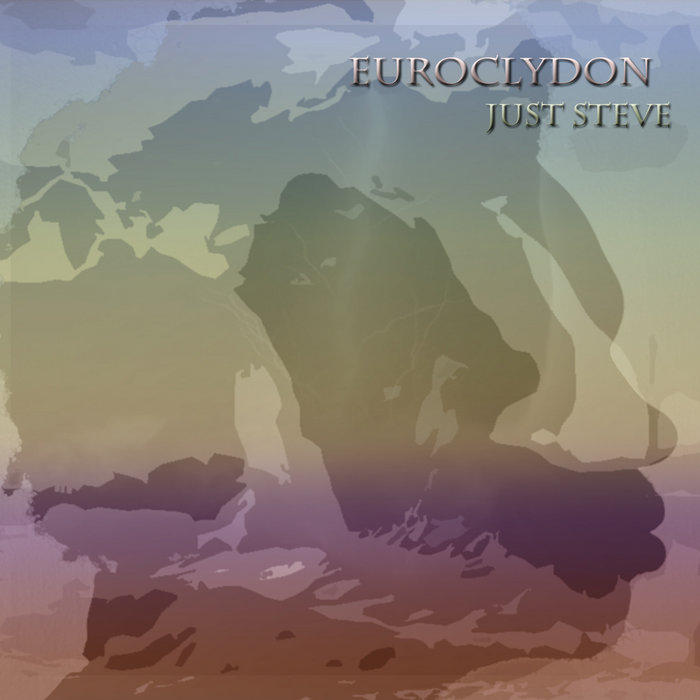 In the book of Acts, chapter 27, the prisoner Paul is being transported to Italy to stand trial before Ceasar for his treacherous crime of preaching the gospel. Although he warns his captors that the sea is not fit for their voyage, they press on, eager to deliver their hostage into the hands of the Roman Empire. On the way, they encounter the Euroclydon, a tempestuous northeast wind that blows in the Mediterranean. Paul’s shipmates are petrified, desperate, mutinous—but Paul remains calm in the face of the Euroclydon, knowing that God has purposes for his life that have yet to be fulfilled.

Just Steve’s new project by the same name takes the listener on a journey of Pauline proportions—full of wild storms, fierce battles, crushing defeat and exultant victory. Laced with heart-pounding beats, soul-stirring rhymes and mind-bending wordplay, Euroclydon boasts a diverse array of vocalists, MC’s, and musicians, blending various genres and techniques to create an eclectic sound which is nothing short of spectacular.

Having weathered a few Euroclydons of his own, Just Steve brings a sincerity and depth of experience to the project which is as rare as it is moving. Listeners will find themselves in the lyrics and be both encouraged and challenged to face the storms in their life with boldness and trust in the living God. Those searching for music which is both purposeful and skillful, honest and courageous, will find a fresh sound and an inspiring message in the latest offering from Chicago-based artist Just Steve.

Get ready to set sail. Enter the Euroclydon.

Stephen Delaney Carpenter, also known as ”Just Steve” is a Lyricist/Musician, who does it all for the kingdom of God. Born and raised on the south side of Chicago, a son of a musician and grandson of a preacher.

Today, Stephen is an active member of Covenant Faith Church of God, the international Christian band “The Kingdom Sound”, and a solo artist/lyricist “Just Steve”. ... more

Can't stop now, not now, gotta get back up when i get knocked down
only time i can stand still and stand around is when i stand my ground
but now the light is green, lord you're the only light im seeing
so God imma chase you like storm chasers chase lightenin beams
real life could be like a dream,
wake up to a nightmare, when you're runnin after idol things missing what was right there
but God was right there wiping tears and smiting fears beaming light when the night was near
turning dark times into brighter years,
right here's a higher calling, why should i be crawling,
why should I be talking, and just barely walking,
lets pick the pace up, its time to lace up, and wake up, esacpe from satin, he hates us
he's tryna chain us and slave us, but we ignore the signs
he wanna take over the mind, but he wont take over mine
i'll run forever cause my forever is on the line
forever i'll run to the God who reigns over time!

Good mornin, good mornin
how you like the life that you were born in better yet re-born in,
don't it feel so fresh and yet so Foreign
Yawnin, stretchin and loveing your reflection
cause it feel so calm, yet complex, with a new complexion
yeah, a new direction.
how you like'em now, you got that fire now
and you so inspired now, look at you walkin on a higher cloud
aint a thing on earth that'll lie you down
you would stare in the face of pharaoh
you aint scared of non of satins scare crows,
you said if God's a bow, then i wanna be his favorite arrow,
you on that straight and narrow. Tryna keep that perfect balance
wait, wait, balance, wait here comes that challenge,
challenge gettin hard to manage,
man its destractin you!
they aint tell you the devil still attackin you!
you aint no how many demons was after you!
they aint tell you the past comin back for you!
and you aint know the word was gonna turn they back to you!
what you had was new, and now it lookin like what you had is thru!
turned you back to God and went back to you!
ahh, so good afternoon

Wether the suns in the sky, or its leaving,
As the day turn to night. I'm still believing.
Since I gave it to GOD I can still say.
If I'm with you, its a good day.

Wether the stars in the sky, or its hidden.
As the day turn to night. I'm still believing.
Since I gave it to GOD I can still say.
If I'm with you, its a good day.

Good evenin, good evenin, you done stepped in a whole new season
you done came a real long way from youth choirs and Easter speeches
that stuff just aint gone reach ya
been there seen it, you know how much you were meant to be more but right now you just don't see it
no you are not the same, somewhere you done lost your flame,
somewhere you forgot your name, but you know something have got to change,
change is what you been askin for, see-saw back forth,
but its easy to back-slide livin in a world full of sliding boards
play ground life, runnin sweatin, meanwhile the sun is settin,
meanwhile the night is forming things aint the same how it was this morning
at this cross road, when did i become this lost soul, temperature dropped heart cold,
and the man in the mirror i do not know,
but before i lay me down to sleep, i dont wanna throw it all down the sink
when it feels like cats lookin down on me
you were always lookin down on me
tired of chasing the good Life!
naw, it dont look right, i pray the lord my soul to take! good night.